The methods varied widely their requirements: continuous vs. discrete levels (105/cell vs. high/low) and absolute vs. relative expression (105/cell vs. twice as much as a reference condition). I wouldn’t say that Daaaaave (rather boringly called “Lee-12” above) is the best algorithm out there — indeed the paper finds that all the methods perform equally well (badly). But I do think that it lies in the right part of the graph, using continuous, absolute data.

One of the successes of Machado’s paper is making their code and datasets available via github. I’ve now forked it into my own repository, allowing us to test new methods using their suite.

My first test was to attempt to address the problem that

Methods that do not make any assumptions regarding a biological objective (iMAT, Lee–12 and RELATCH*) … incorrectly predicted a zero growth rate in all cases

by enriching the reconstructions: associating the genes encoding the main DNA polymerases with growth. It didn’t make any difference, and I shouldn’t have been surprised. This gene association is one data point amongst thousands, and the cell’s growing would require a major rerouting of flux, thereby moving other many data points away from their best fit.

For the next couple of months I’ll be working on a project alongside Natalie Gardiner from Life Sciences, with co-conspirators @neilswainston and @porld. Natalie studies diabetic neuropathy: this debilitating nerve damage affects around half of diabetes patients, and can lead to pain or loss of sensation. The causes of the condition are not well-understood, though elevated blood glucose is known to be a key factor.

Natalie’s lab has amassed comprehensive proteomic and metabolomic data sets from nerve cells in diabetic rats. This is a great opportunity for us to put to work some of the tools we’ve developed in the MCISB. ‘Omics measurements can tell us what changes occur in a disease, but not which of these changes are important to its development; for this we require knowledge of the underlying network organisation. We shall apply our Daaaaave algorithm [1, see also “From genes to fluxes”] to rat-nerve specific derivations of Recon 2 [2, “Hambo” see also “Striking a balance with Recon 2.1”], to derive cell–level behaviour from Natalie’s gene-level data.

Watch this space for news on “Super-Daaaaave” and “Rambo”.

I have a long-running collaboration with Bernard Corfe, modelling metabolism of dietary fibres in the gut. These – otherwise indigestible – carbohydrates are first fermented by bacteria in the colon to form short-chain fatty acids: acetate (C2), propionate (C3) and butyrate (C4). The fatty acids are then taken up by colonocytes, and processed in their mitochondria using β-oxidation. It is a major source of energy in humans, and deficiencies in dietary fibre metabolism cause a number of diseases.

Of course we’d like to model this by fully characterising all the enzymes in colonocytes, as Manchester did for yeast glycolysis and PPP. But, for those not fortunate enough to have a £6.4M grant, we can get a long way through enriching the model structure (below) with typical parameter values.

You can grab an SBML version of this model from models.u003f.com/box.zip: have a play. Having a kinetic model means we can run analyses such as MCA. And running such analyses allows us to find out that butyrate uptake is the key controller of both β-oxidation and glycolysis. Interaction between β-oxidation and glycolysis in colonocytes, presented in SBGN format.
Competition occurs between the short-chain fatty acids and lactate for transporter use.

Over the years, we’ve developed metabolic reconstructions for a number of different organisms. It’s a slow process, with each reaction the result of a human reading and interpreting a scientific paper. Reducing these networks to graphs (collections of nodes/metabolites, connected by edges/reactions) allows us to describe their structure using familiar graph-theoretic language like “scale-free” and “small-world” [1,2]. But the networks are more than graphs. Biochemical reactions can have multiple reactants and products, with varying stoichiometry. Rewriting the reaction

as a collection of edges

It would be incredibly useful to have an algorithm that generates a metabolic network structure for a given number of metabolites. The easy way to do this is to take a pan-organism super-network like Kegg or MetaCyc, and to extract a connected, functional sub-network of the right size. This method would ensure that the result has the correct structural properties, but would give us no insight as to how this network evolved.

A better, harder approach, is to “grow” the network, adding new metabolites and reactions according to certain rules that characterise the evolutionary pressures unto which the network is subjected. This approach has again been used with graphical representations [2,3], but not stoichiometric models.

What rules would we use to evolve these networks? Unlike graphs, these metabolic models must satisfy mass-balancing, which can be written as a matrix equation [4]. I anticipate that growing metabolic networks will require our choosing solutions from this equation, by applying probabilistic attachment ideas used to grow other (signalling, social) networks.

Can we synthesise a metabolic network that looks like Kegg?

My approach to referencing.

An aside from this week’s Unfinished Business.

Whilst writing yesterday’s post, I realised how often I (and I imagine many other modellers) resort to using “typical parameter values”, when no experimentally-determined numbers are available. If you read one of my papers, you’ll probably find a table listing these typical values and their provenance. But if you dig a little deeper, and follow these references back (all self-references, of course), you’ll eventually return to the paper you started with. Strange.

No, I don’t know where those numbers came from either. Still, we can derive them now using Brenda: a huge database of enzyme kinetic parameters. Database-level statistics in Brenda are presented as histograms; for example, there are over 105 experimentally-determined Michaelis-Menten constants KM, and we can use their statistics page to generate a histogram of the distribution of log10 KM:

I’m pleased (OK: surprised) to see that my typical, typical parameter values of KM = KI = 0.1 mM, and kcat = 10/s are close to the mark, though an order of magnitude estimate of KM = 1 mM might be a better choice in the future.

As well as developing and maintaining metabolic reconstructions of yeast, E.coli and Cho cells, Pedro Mendes and I created an algorithm [1] for turning these static networks into dynamic kinetic models. We include any known parameters, and guesstimate the remainder.

But how — the (frequentist) statisticians amongst you may well ask — can we create a model with thousands of parameters, when we only have measurements for tens? There are two justifications for this. Firstly, dynamics are mostly driven by the structure (which we know), rather than the parameters (which we guess). Secondly, on a more philosophical level …

The real issue with these big metabolic models, with their thousands of variables, is actually numerics. Yunjiao Wang and I found [2] that, even for the simplest linear pathway model, we should expect instability, stiffness and even chaos as the chain increases in length. In our full model of metabolism, the stiffness ratio was found to be around 1011. Given the different timescales over which metabolism operates, this is not so surprising. But it means that today’s systems biology tools just cannot robustly simulate such models: of this size, and with these numerical instabilities.

Whole-cell models are of increasing importance to the community. Jonathan Karr’s model of M. genitalium [3, also the focus of a recent summer school] avoids the issue of dynamically modelling metabolism through using FBA. We would, of course, much prefer the use of full kinetic models. But, right now, these models are not usable, and they are not useful. The onus to address their utility shouldn’t be on the software developers; instead, we modellers need to look into alternative ways to represent metabolism that will allow for its dynamic simulation at the whole-cell level. The end of this month sees the end of my current grant BioPreDyn. Or, to give it its full title, “From Data to Models: New Bioinformatics Methods and Tools for Data-Driven, Predictive Dynamic Modelling in Biotechnological Applications”.

It’s a time for reflection. Not only on what was achieved (my travelling round Europe by boat and train), but on what wasn’t achieved. Those ideas, both revolutionary and rubbish, that remain unfinished and unstarted, because you were too busy delivering deliverables, or answering emails.

Rather than leave these ideas to gather dust in my mental filing cabinet, I’ll spend this final week setting them out, for you to rubbish, or to run off with and claim as your own.

The first idea is by far the most frivolous. Little boys like to collect stamps. Big boys like to make Bucket Lists. German mathematician David Hilbert was no exception, and in 1900 compiled his list of 23 unsolved problems that were to shape the course of mathematics for the next century. One hundred years later, the Clay Institute set out seven unsolved maths problems, each carrying a $1,000,000 prize for their solution.

Which led me to ponder: can we follow Hilbert’s lead, and compile a list of the most important open problems in Mathematical Biology? Such a list could focus the field towards a common goal, just as it did back then. In 2008, Darpa announced 23 mathematical challenges, some of which had a biological flavour. The difficulty we face in constructing our list is highlighted by comparing Hilbert’s first problem:

Is there a set whose cardinality is strictly between that of the integers and the real numbers?

Develop a mathematical theory to build a functional model of the brain.

Hilbert’s question is very well-defined (though, it turns out, is impossible to answer). By contrast, Mathematical Biology problems are, and should be, application-driven, and are hence necessarily fluffier. Darpa’s challenge, for example, is vague, and we could never tell if an answer amounted to a solution.

Our task then is to set out not only the big open problems in Mathematical Biology, but those concrete enough to be answered.

In 2007, I published my second paper [2]. It was a cellular automaton model of carcinogenesis and, in my opinion, my second best paper *. In 2014, Alexandre Sarmento (from Brazil) asked me for the code. Of course I’d lost it. But, amazingly, I’d emailed it to Ornella Cominetti (Chile) back in 2008, and she still had our correspondence.

I considered emailing all my code to Ornella, but instead futureproofed my work by setting up a GitHub account. There you can reproduce models such as this

showing the expansion and somatic evolution of neoplastic epithelial tissue.

* My best paper is, in my opinion, my first [1]. According to Google Scholar, I’ve now written 52 papers. I’ll leave the reader to perform their own extrapolation.

I’ve written previously about the Daaaaave algorithm for using ‘omics data to predict fluxes through a metabolic network. We originally implemented the algorithm in MatLab, and released the code as supplementary material to the paper [1]. But the journal (BMC Systems Biology) messed up: changing the file names, and breaking the code.

We’ve tried to get them to fix this. Unsuccessfully.

So instead, I’ve put the code on github [2]. And since MatLab sits uncomfortably with my cardigan-wearing, open source approach to science, I’ve reimplemented the algorithm in python there, too. 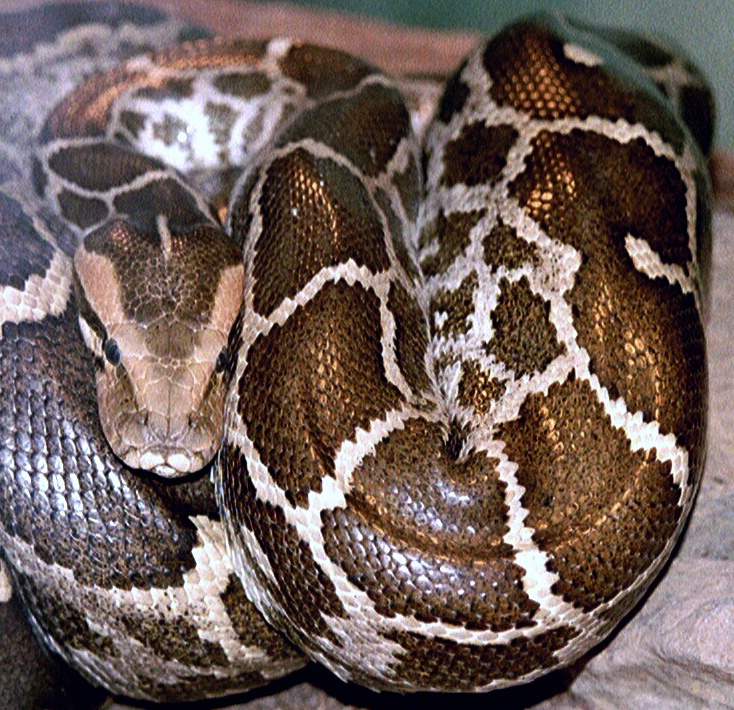 Dietary fibres are fermented by bacteria in the colon to form short-chain fatty acids: acetate (C2), propionate (C3) and butyrate (C4). Fatty acids are taken up by colonocytes, and processed in the mitochondria using β-oxidation. This metabolism of — otherwise indigestible — carbohydrates via gut flora provides a major source of energy in humans.

Those of you interested in SCFA metabolism would do well to follow the work of Barbara Bakker [1-3]. In a recent paper with Karen van Eunen and friends, Babs created a mathematical model of β-ox in the rat liver. The model considers competition between acyl-CoAs with differing chain lengths for the same enzymes, which can lead to pathway saturation. I’ve created SBML versions of their model: have a play.